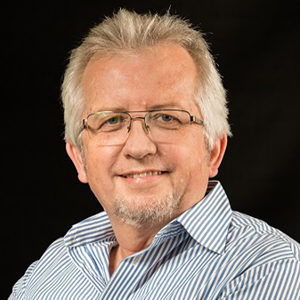 Change, and the need for training

I recently upgraded my cell phone (or mobile phone, for some people). I used to have a feature phone, but the opportunity arose for me to change to a new phone that runs the Windows Phone 7.5 (aka Mango) operating system. Getting used to the physical phone, from one with real keys to one with a keyboard display, wasn’t the biggest adjustment – but getting used to the new way of doing things, actually doing everything, was an enormous challenge for me. In tech speak it’s called changing the UX (user experience). The last time I had such a challenge was moving from a DOS-based PC to one running the first version of Windows.

The emotional wrench I experienced getting used to the new phone got me thinking about what it’s like adapting to a new or upgraded ERP system, and how support should be provided when that happens.

Hopefully organizations have heard enough horror stories about ERP projects to realize that one of the main reasons for failure is people-related and more specifically, the lack of buy-in from users. Why do users not buy-in to a new ERP system? Because they are not given enough information about why the system is being implemented and resent having to get used to the new UX, which often results in slower performance.

One of the keys, therefore, to a successful ERP implementation is ensuring that the organizational change management issues are covered. From my experience with software projects, executives and other personnel on an ERP project often interpret this to mean some kind of communication program, and finding out what the training needs will be. These are what I would call the explicit needs of training. However, they can fail to identify the implicit needs.

Explicit training needs are found by reviewing the software training manuals. In those far off days when I wanted to learn how to use Windows, I would scan through the users’ guide to find the specific activity I wanted to learn. With a new ERP system, organizations are referred to manuals to help create training material on how to conduct a business process.

The implicit needs relate to the undocumented procedures, even thought processes, which people follow and get into a habit of doing. They might be as simple as knowing keyboard shortcuts which speed up an activity. When I moved to a Windows PC I found the UX very frustrating because I couldn’t easily do the things I took for granted in DOS, even though Windows was touted as a more user-friendly operating system.

Introducing a new system requires the acceptance of change – not only do users have to learn new ways of doing things; they also have to unlearn the old ways. With my new Windows Phone I have had to unlearn everything I was used to doing, and at first I found that frustrating. Users of a new ERP application may not be very productive for some time after the introduction of the system while they get used to how the ‘new’ system works and forget how they did things in the ‘old’ system.

There are different approaches to training when it comes to implementing an ERP system. I’ve heard some people say it should be started early on in the project so that users get an opportunity to give usability feedback during the implementation; others have said that it is best to leave the training till near the end when the system is almost ready. Whichever approach you decide to take, remember to allow time for the users to adapt to the new ways. You might also want to consider having some group interaction sessions after a new system is implemented to create a forum where users can discuss issues and learn from each other’s experiences.

Organizations are like people, so you can’t necessarily apply the same approach in every project, it has to be tailored for that unique group. But if you have found a particular approach has worked well, we would be interested to hear about it.

The True Story of Customer Satisfaction in Africa