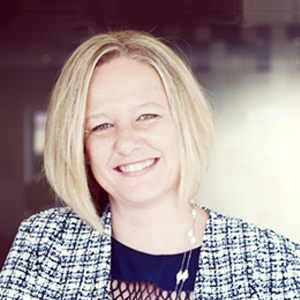 IT companies who train interns in software development, consulting and services often need to impart general and “soft skills” as well to give a strong business context and grounding for trainees to be successful in their training.

There can be little doubt that there is a pressing need for scarce IT skills in our market as well as an urgent need to create employment. IT companies who train interns in software development, consulting and services often need to impart general and “soft skills” as well to give a strong business context and grounding for trainees to be successful in their training.

These, often underestimated, soft skills are vital because the internship is often the recruit’s first job. They need to be on-boarded and oriented about the company and the product, as well as other aspects that are brand new to them.

These include general life skill issues like their first pay cheque and why deductions like tax and PAYE are taken off their gross pay. What a credit rating is and how it can impact on possible future car or home loans.

Often there are gaps in their education that need to be filled, such as math skills, because these are vital for coding and programming. For example, units of measurement and the metric system had to be covered in the training, because many interns where unfamiliar with it. In the software training itself, the software was bought in kilograms and sold in grams so an understanding of units of measurement was vital for progress to be made.

Using a mix of presentations and scenario role playing, we use the example of a coffee Barista using grams of coffee and sugar and milliliters of milk to portray how measurements are used in everyday life, for that perky cappuccino or cup of coffee.

In this way some of the students begin noticing and recognizing how many other items have capacities measured in grams and milliliters, like the shampoo bottle in the shower for instance.

The problem with some intern programs in the market is that the students are not given this soft skills grounding to complement the software development training itself and this is often the reason why interns don’t progress and end their training successfully.

We often assume too much about people. We can’t presume they all have the same background and we give bridging and orienting instruction and mentoring to help them succeed and reach their potential.

I have witnessed in the market that some internships don’t orientate their interns correctly and pay them very little, just piling work on without explaining the purpose behind it, ending up with the new recruit being disaffected and learning very little at the end. It’s vital that mentoring and training must add value and useable skills to interns and not just go through the motions to tick a sustainability box.

Here’s to the role of the Barista in software development. Cheers.

Leave a comment
PrevPreviousThe Millennial Thinker
NextData Storage: On-Premises or in the Cloud?Next