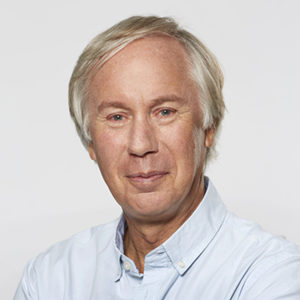 Invasion of the Body Snatchers

Dear Diary,
My friend David popped round for dinner the other evening, deeply troubled. He told me that when he woke up last Thursday he noticed a change in his wife’s demeanour. It wasn’t immediately obvious, he said, but he just knew something odd was going on. It wasn’t just the unblinking stare that worried him (although that normally would have been sufficient cause for concern), it was the newly acquired interest shown in anything related to computers. Almost obsessive, he said, to the point he was seriously thinking that she had been taken over by some alien. Now David is not one to exaggerate and even if I privately thought that perhaps he had been watching too many movies, still he is my friend and deserves a considered hearing. I tried to calm his unease, told him that he was worrying unnecessarily and sent him on his way.


I’m now glad that David confided in me about his problem, because something similar happened to me just yesterday. I was eating my breakfast when I became conscious that my wife was looking at me strangely. I do occasionally get odd glances thrown in my direction (I’d rather not say why) and so, at first, I ignored her gaze. She wasn’t to be intimidated however, and after what seemed an age, she suddenly sprang up and said she was going into the study to set up a new household process to control our monthly expenditure on household goods. Quite frankly, I was speechless. As she left the table, I became aware of the opened book propped up next to her cereal bowl; I turned the book round and read the title – “How to dominate your laptop and take charge of your life”. I was unnerved, I can tell you, and I knew something serious was afoot. I suddenly felt very alone, as if everyone on the planet had been taken over, just as David had said, by some alien life force bent on educating and encouraging people to understand computers…

Fortunately for the world this scenario hasn’t yet occurred – I mean the part about people being taken over by aliens (although some argue that’s already happened to our politicians). However, it is true that for many people computers and computer software remain an absolute mystery, with the IT industry in particular being shrouded in myth and legend. I do think that we should attempt to make computer software, and in particular business application software, more accessible to ordinary folk.

Some people think that we are on a rocky road if we let mere mortals understand the acronyms and buzz words that abound in the IT industry. Where will it end? No good will come of it, I have heard mutterings in the corridor. After all, as others have darkly suggested, it could mean the end of consultancy as we know it.

Well, I believe it’s a good thing if we all start speaking more in plain English. Technology is becoming more and more complicated and sophisticated, and this trend looks set to continue as everyone looks for that competitive edge. What we do at SYSPRO is to continually assess the latest trends in technologies, to try and see which technologies will stand the test of time and will provide real, practical value to our customers. I believe it’s our job to take complex technology, unravel it, and then give it back to our customers in a way they can understand.

We’ve been doing this for a long time, and I really think we have the hang of it. That’s why SYSPRO’s tagline is Simplifying your Success.

Why analytics should be a priority for manufacturers

3 Emerging Trends as Manufacturers Shift in Response to the Pandemic

The Past, Present and Future of ERP