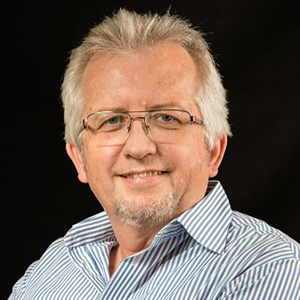 In 2010 there was a debate between some of the major enterprise software influencers and bloggers on whether single or multi-tenancy was an issue for Software-as-a-Service (SaaS) applications. On the one side was Josh Greenbaum who argued that the type of tenancy should not matter to SaaS users; on the other was Phil Wainewright (here and here) and Dennis Howlett whose views were that multi-tenancy is the only way for SaaS software. This debate is still going on.

It’s not my purpose here to summarise the arguments – I have provided the links above for you to read and come to your own conclusions. However, the argument wasn’t relevant to me until a recent experience I had with two web-based applications – Google Calendar and Twitter. On the same night they both made changes: Google Calendar to its user interface and Twitter to its authentication. Both are classic multi-tenancy applications. Every so often, the managers of these applications make changes to the functionalities or user interfaces that change my experience with the application. The changes are made without any explicit announcement. When they happen they come as a surprise, and I have to just accept the changes and get used to new ways of doing things.

If you know anything about ERP applications, one of the big issues is training users in the way the application works – not just the user interface (UI) but also the experience of using the software (UX). When an ERP software upgrade necessitates a change to either the UI or UX, one of the important steps is to re-train the staff before the upgrade goes live. Otherwise, you can be left with people who don’t know what to do because they haven’t been prepared for the change. Once companies implement an ERP, they want to see stability in the way the application operates – that is why ERP software upgrades can be a significant issue.

Businesses depend on their ERP systems, and their staff expect the software to work the same way every time. But having a SaaS-based ERP software, where the UI or UX can be changed at the whim (apparently) of the vendor, could create a risk to operational performance – staff not knowing how to use the changed software, or errors occurring in processing – when the application suddenly changes overnight.

For organizations that have to adhere to regulatory conditions (e.g., Sarbanes-Oxley or FDA), changes to a system may require that the system and its related processes are re-tested and validated. These organizations would be in a serious state with a multi-tenanted SaaS ERP that made ad hoc changes without notice.

My colours are obviously nailed to the mast here – the arguments made by the multi-tenancy advocates are irrelevant in this situation. If you are an ERP user, which side of the argument do you agree with? Please post a comment below: